Imagine yourself standing in the middle of an urban mantra, a ceremony for a lucky few that has already lasted for more than two hours, and look around to check if someone has already gone crazy, something that could happen to you, from one moment to another ..

On our way to Ljubljana, neither I nor the three buddies with whom I have ventured had no idea of what we would come across. All we knew was some brief biographical note and a few clips on youtube (which incidentally does not even give an idea of what we actually went to see). Formed in the 80s, the Swans began their career in the wake of a hardcore-punk era, producing seminal records. They broke up at some point in the 90s and then reunited in 2010. Since then they have released a handful of albums, the last of which "To Be Kind" is acclaimed as one of the albums of the year by publications such as Pitchfork and related. Full stop. We really knew nothing more ..

Wrapped in total darkness, at ten to ten time begins to expand, carrying us to an unreal dimension. Incalculable the introduction of the gongs, the arrival of the drums, the noise of the slide guitar, the constant pulsation of the bass and distortions of the two guitars. And this is just the beginning. What is certain is the way in which, after a slow dynamics such as inexorable, a sudden and extremely loud C chord strikes us without warning like a punch in the face, sucking the audience into a deep tunnel, face to face with their own obsessions, in a downward spiral without end. Three possibilities; escape, face the abyss and come out purified, or be overcome and crushed. A three-hour ceremony, for a selected few, with a cathartic finale that takes no prisoners. 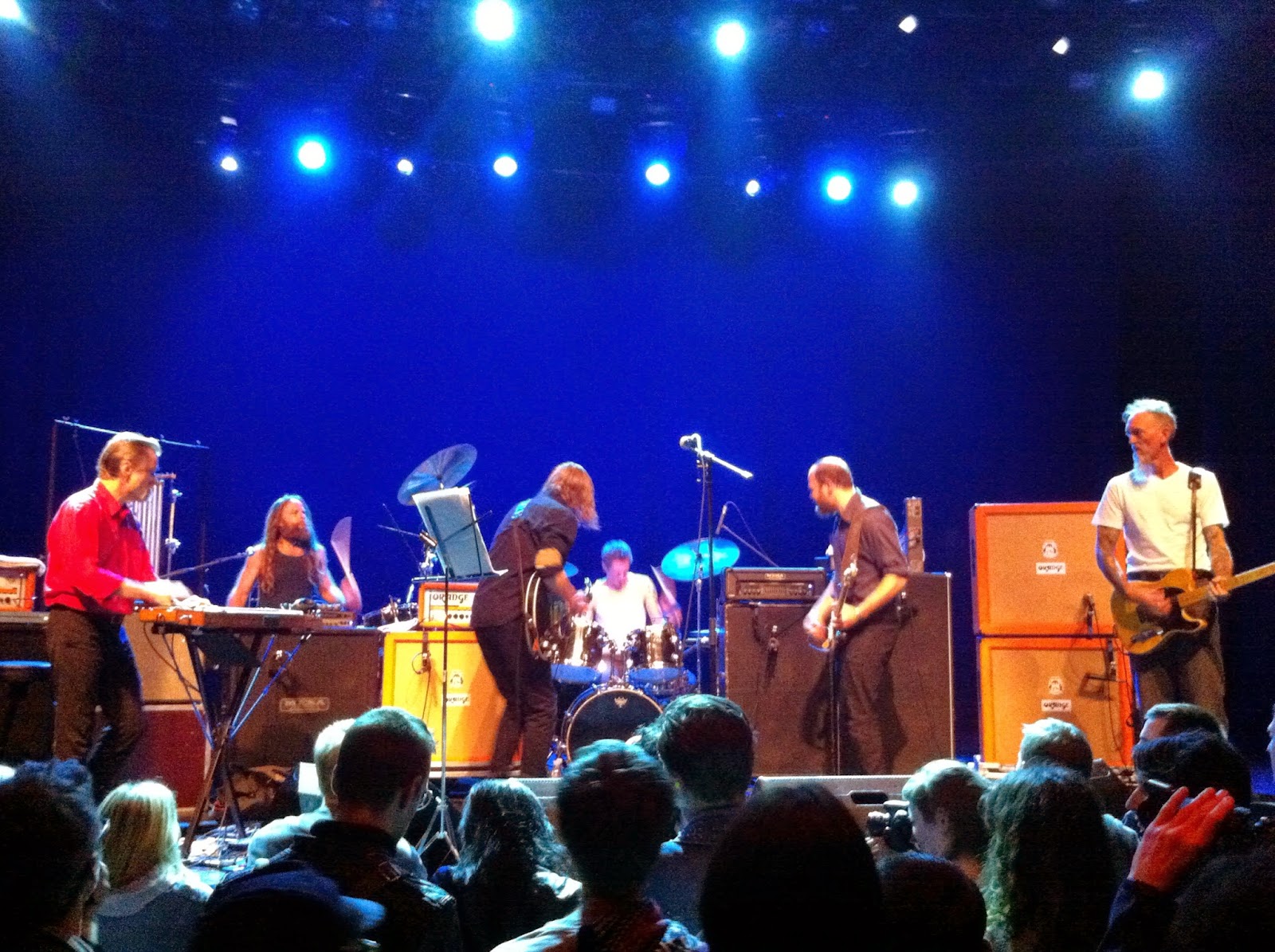 The Six Swans then, look like characters drawn straight out of a comic book; the frontman Michael Gira, fifty, drag the scene with a relentless impetuosity. The guitarist Norman Westberg, tall and slim, sparse white hair, and long beard shoots loads and loads of noise as if the feedback came directly from his body, spitting electric shock. Not to be outdone Christoph Hahn, Texas mustache, red shirt, boots and grease, and a steel-guitar that I never thought it could produce similar sounds. The rhythm section formed by percussionist Thor Harris, drummer Phil Puleo and bassist Christopher Pravdica are shaking the floor.

A constant exchange of energy, an urban mantra, as I said at the beginning, from which only way after the ending you can understand the profound impact on your skin. As I said to Michael Gira at the end of the concert "I'll surely not be the same, after all this ..". 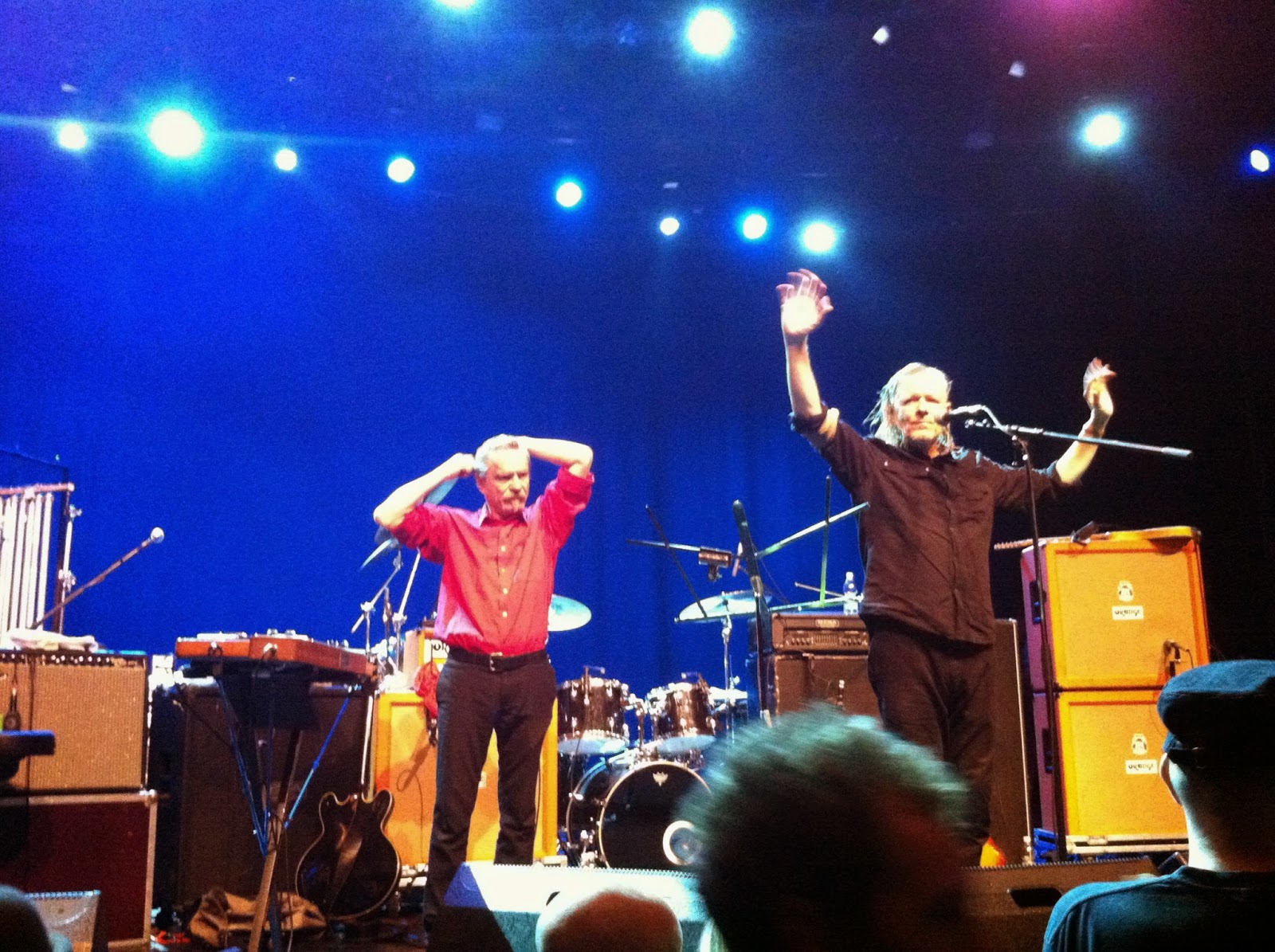